Pine Haven Resort in the 1960s 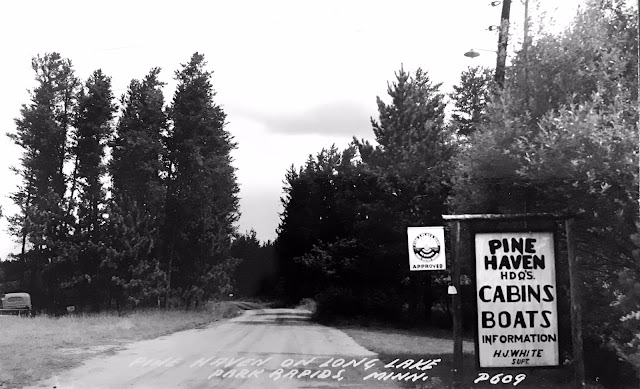 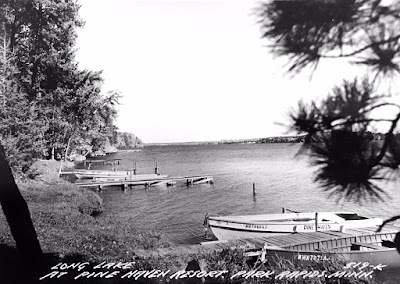 I found a couple of old post cards that my grandparents, Harold and Delpha White, had made for the resort they ran on Long Lake from late 1940s until 1967.  It was called Pine Haven Resort and was located on the north end of Chippewa Loop..(then named Chippewa Drive).  The resort had 4 cabins for rent and mostly they were rented by the same families during the same part of the summer each year. My grandparents also had a small store to sell eggs, milk, ice cream, pop candy etc.  They also had a gas pump with an oil tank so that people could buy gas & oil for their outboard motors.  The one thing most of the "old time residents" remember is the ice house.  My grandfather harvested ice from Long Lake and stored it in an open building packed with sawdust. The ice would last until Labor Day.  Until 1955 we ran an ice route that delivered blocks of ice to many of the cabins along Chippewa Loop and Beach Haven.  After 1955 people could still come to buy blocks of ice but they didn't deliver them any more. 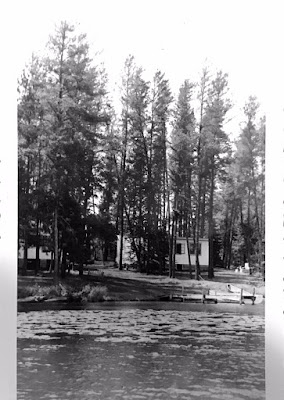