▶︎ First, the Enbridge’s Proposed Line 3 Replacement is the exact same route as the now tabled Sandpiper line which runs through Minnesota’s cleanest waters.  It is not a “replacement” in the normal sense of the word.  It is abandoning the current Line 3 Pipeline, leaving it where it is, and building a new one on the same route that they originally proposed as the Sandpiper Pipeline.  It puts Park Rapids water supply at risk along with area lakes and rivers.  You can read the details of it’s impact specifically on Hubbard County here: http://www.hubbardcolamn.org/county-impacts.html  You will also find information and links to alternate route proposals in the article.

▶︎ Second, DNR Firewise specialist, Dan Carroll, spoke about Long Lake as "Priority 1" for Park Rapids.  It’s populated and dense with trees. On Long Lake’s west side from Hubbard to Hafner’s Greenhouse on170th Street and the entire area east of County Road 6, there are 1200 structures.  Long Lake is 9 miles long; the Green Valley fire was 9 miles long.  The Green Valley fire had 30-40 mph winds behind the fire from the west and northwest, which is unusual.  Fire typically feeds on south or southwest wind. There are things we as homeowners can do to help prevent fires now.  For assessment assistance or questions, contact Dan at 218-732-3309, the local DNR forestry office.

The plot shown below is of the Green Valley 2013 Fire, courtesy MN DNR. 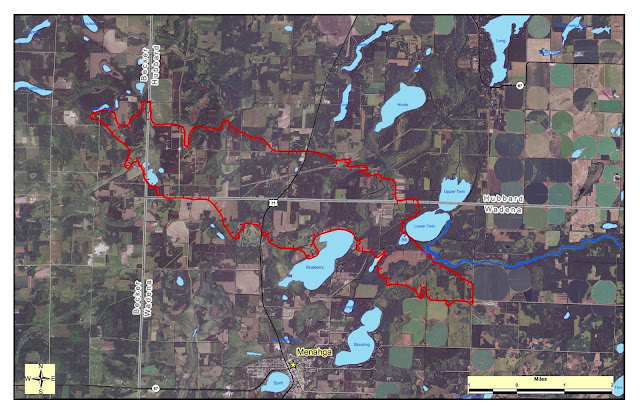 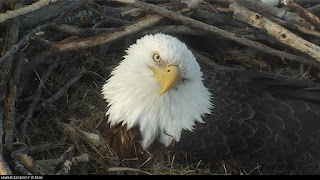 Baby eagles from the MN DNR webcam nest should hatch in about a week!  The link to the DNR eaglecam is always in the "Webcams" box on the sidebar or you can click here:
Minnesota DNR Eagle Cam

According to the Minnesota DNR:

The bald eagles have been diligently incubating the eggs in the nest for nearly a month.  The male and female take turns keeping their eggs warm and dry in a deep pocket in the middle of the nest.  Even though the nest has at times looked chilly and sometimes was covered in snow, bald eagles in Minnesota have adapted to laying and caring for eggs in these conditions.

Baby eagles are called eaglets or chicks.  Bald eagle chicks hatch out of round or oval eggs that have been incubated for approximately 35 days.  They weigh about 2 ounces when they're born and can gain 6 ounces of weight every day.
Posted by Long Lake Area Association at 2/26/2017 04:14:00 PM No comments:

These photos were taken last weekend by Nolan Kern and he sent them to us to share them with you.  His family has a cabin on Beach Haven Road.  His pictures show how the snow is starting to melt a bit, but most of all Nolan is sharing with us the beauty of Long Lake in this winter season.

There are things to do and beauty to be seen here at the lake year round. Click on the individual photos to see each of them in a larger format. 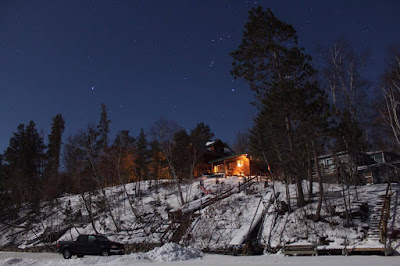 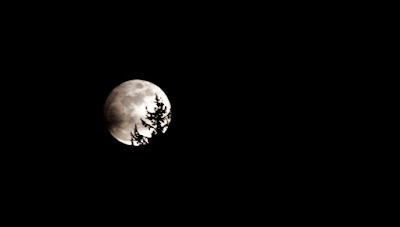 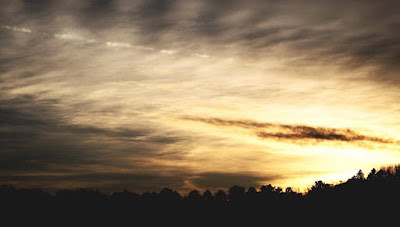 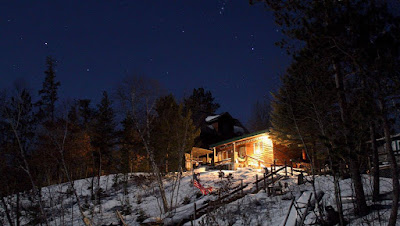 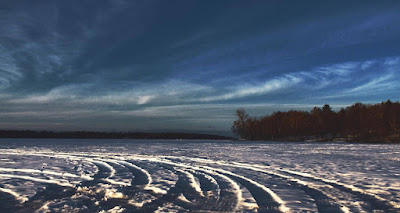 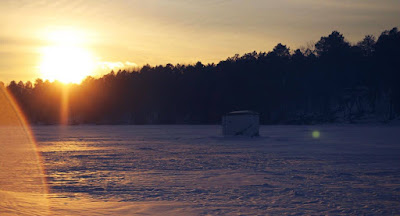 
These initial Long Lake Shore Owners were provided Lots in 1868 as Soldiers Script and sold the entire 89.63 acres just two years later for $1222:
In approximately 1885 with the building of the dam and the flooding of existing shoreline, there was some devaluing of certain lots.

Fast Forward to 1923 when three men and their families purchased lots on the then newly mapped Pine Haven Beach development in the southwest portion of Long Lake; Joe Tam, Don Sanders and Bill Burnett. The men all worked in various capacities for the Des Moines Post Office. Joe Tam and Bill Burnett split a lot so each family could be safe and close to each other on the 50 foot lots.
Taxes in approximately 1934 or earlier were about $4 a front foot. Later, Joe Tam’s daughter Barbara (2nd generation) and her husband, George Curtis purchased a cabin and lot for $400 on Long Lake.

In 1969, Barbara & George Curtis’s daughter, Judy (3rd generation) explored the idea of purchasing land on the northeast side of Long Lake in 1969 when she was approximately 35 years of age:
Judy did not end up purchasing a lot on Long Lake but continued to enjoy her parent’s cabin on the East side near Dakota Beach. Special thanks to Barbara Curtis for sharing this piece of Long Lake history with us from her late daughter’s estate records.

Remember -     It’s your turn now to record and share your family stories!