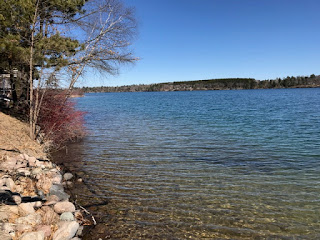 Last year (2016)  the ice out date was April 6th.  We will have an update posted in a couple of weeks about the statistics of ice going out in early April, but it appears to be within the same statistical norms as last year.  Not unusual but on the earlier side than most year:

Hurray for David Anderson, Elizabeth Nelson,  Jerrie Pritzlaff.  They all guessed the ice out date correctly.  They get bragging rights for the rest of the year and recognition on Facebook, our Newsletter and this blog.

Random Drawing for the Quilt! 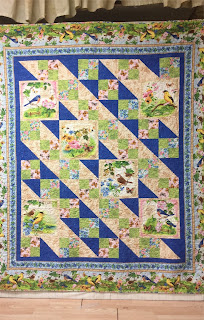 The Quilt winner is Bob Oliver. He guessed 4/13/2017 which is pretty close to the mark.  Bob's name was chosen at random from the 85 guesses that were submitted to Long Lake Living.  All guesses were put on a spreadsheet and organized according to the date guessed.  Then a random number generator was used to pick one number (37).   That line on the spreadsheet was Bob's number.  He can arrange to pick up his quilt directly from Monika Wilkins.  He received an email with the details.