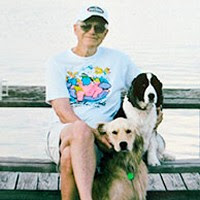 Bill will be missed by the Long Lake community. His family is one of original families to build a cabin on the west side in what was called Pine Haven. His grandfather, Harry Taylor Stover, bought a lot on Chippewa Loop in 1928. His father, Lloyd Stover, as a college student took a summer job surveying Long Lake for The Burris Pilkington Company. This was the company that was selling lake lots from the present day Beach Haven Road to the north end of Chippewa Loop.  Many residents will recognize the name Stover as Stover Bay near the Pine Haven Christian Assembly Camp. (Some of the old maps have misspelled it as Stoffer Bay.)  While the Stover cabin on Chippewa Loop still remains in the family, Bill and his wife, Kristi, had their own cabin on the east side of the lake. Bill and Kristi met at Long Lake as her family, the Beals, also have a cabin on Chippewa Loop.

More information can be found in the Park Rapids Enterprise by following this link:
www.parkrapidsenterprise.com/obituaries
Posted by Long Lake Area Association at 5/02/2017 12:45:00 PM