Approval for a second oil pipeline near Long Lake is being sought.  This would carry tar sands from Alberta, Canada (top map) and continue in the US (bottom map) near Park Rapids.  It is known as Line 3 Replacement.  This second pipeline would run alongside the proposed Sandpiper line intended for North Dakota oil.  Canadian tar sands have been pumped by the applicant company, Enbridge, for many years but in 2010 large quantities of Canadian tar sands were spilled from a ruptured Enbridge pipe near Kalamazoo, Michigan. 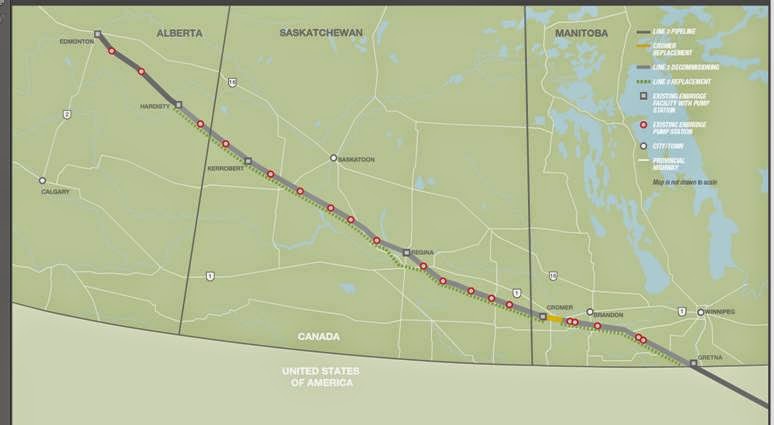 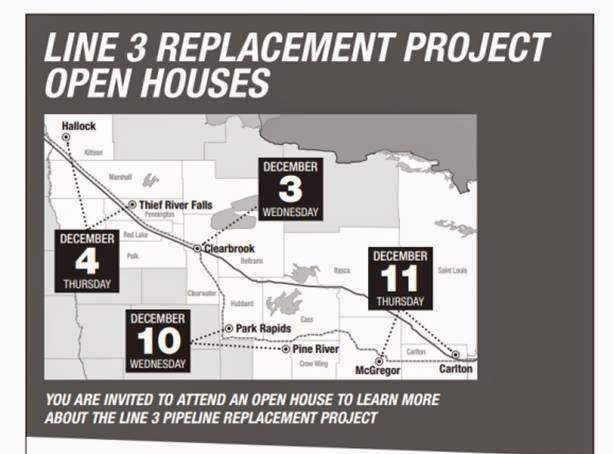 On the map above are the dates when Enbridge Energy Partners are holding open houses.  Wednesday, December 10th, at the American Legion in Park Rapids.

Be sure to check out the following links for more information on this proposed pipeline: