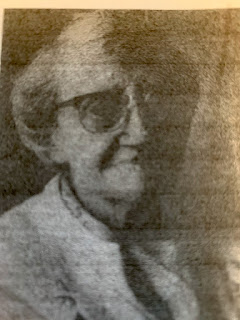 Asher pushed back from the table after a hearty breakfast and surprised Mary.
“Let’s go to Park Rapids today,” he said.
Mary’s brown eyes sparkled with pleasure and quickly clouded over. She should wash white clothes today – but few opportunities for a change like this came her way.
“I’ll hurry and be ready soon. It looks like a lovely day,” she answered.
“I’ll go get Ambrose to stay here while we are gone. Be ready when I get back.”
Mary nodded. Her mind was in dreamland as she cleared the table and did the other necessary work. She put on her new blue calico dress. Frank had given her the cloth for her birthday, purchased at four cents a yard, and she had made the dress and kept it for special occasions. She came out of the bedroom with bonnet in hand as Ambrose came in the kitchen door.
“So, you’re going stepping today!” he teased.
Mary stood in front of the mirror adjusting her bonnet. “I probably shouldn’t go, but I’ve never been to Park Rapids so it should be fun.”
Asher helped her climb into the wagon. She sat down on the plank seat and adjusted her long full skirt to help keep it free from wrinkles. Asher climbed up beside her. “Giddup,” he said, and the oxen started their slow lumbering motion. They followed a winding wagon trail down to the east shore of Long Lake. The bridge across the lake was only partly completed.
“People ford the lake right here,” said a workman. “You can get across without any trouble.”
Timid Mary began to feel her heart flutter. The distance across the lake was much greater than the width of the Shell River they had forded. The water slushed against the bodies of the oxen and poured over the bottom of the wagon as the high wheels disappeared under its depth. The oxen stopped, trembling and frightened.
“Giddup,” said Asher sternly. But still they didn’t move. Mary crawled out cautiously onto the loose board of the bridge. Fighting a giddy dizziness as she looked at the sea of deep blue water all around them, she walked around to the oxen’s heads and coaxed tenderly and kindly.
“Come on, Buck, we’ll make it all right. Come, Bright, let’s get started.”
Slowly they began to move forward again. Mary continued to walk on the bridge planks talking in her gentle and reassuring words to the frightened animals.
The water grew less deep. The sturdy oxen regained their calm methodic sense of security. Steadily they moved forward and finally shook the water from their bodies as their feet once again stood on dry ground.
Mary climbed back into the wagon and tried to calm her ruffled feelings as they drove on to Park Rapids.
They had a pleasant day of shopping and sightseeing, then drove north making many extra miles on their homeward journey to avoid fording the lake again. They never again traveled that way until the bridge was completed.
Posted by Long Lake Area Association at 2/10/2020 11:05:00 AM