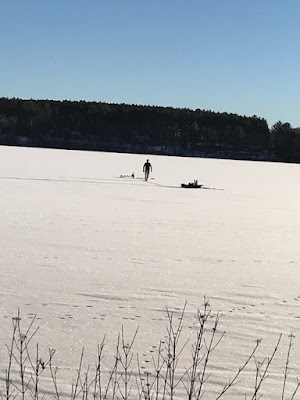 When did Long Lake officially freeze over this year?  "Officially" means from shore to shore without any fissures or open areas.

On December 7th, our association observer "corps" headed by Sharon Natzel did not report any open water and declared that Long Lake had Ice In!  However, Mother Nature warmed things up and on 12/8 the lake opened up again where the folks on the hill, on the point, and across the lake could see open water.  Temperatures soared up into the 30s for a couple of days.  Eventually when it started getting colder it froze, but temperatures warmed once again.  A ten foot wide and very long fissure in the lake opened up in another area that folks on the hill could see.  It got bigger as it warmed more. We then had another blast of cold weather followed by another warm up.

Those of us who stay all winter on the lake started to see snowmobiles, four-wheelers, ice houses, and even an occasionally car driving on the ice.  We were holding our breath hoping the ice would hold.

Therefore, the lake first froze all over on 12/7/18 as all spotters reported.

Finally, with the cooling this week, the open area did freeze over again on the morning of 12/22/18.  So we are ice-in.

Donna Neumann had guessed December 7th and no one guessed the ice in would be on December 22nd.  The closest to that date was Barb Kersting, with December 19th as her guess. A random drawing at the annual meeting (from all entries) will determine the winner of the winter quilted wall hanging. 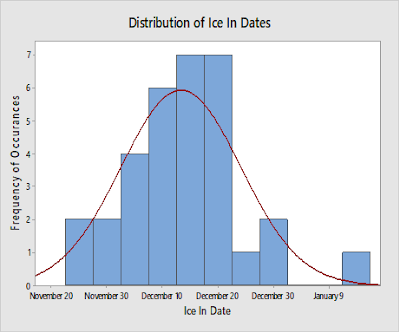 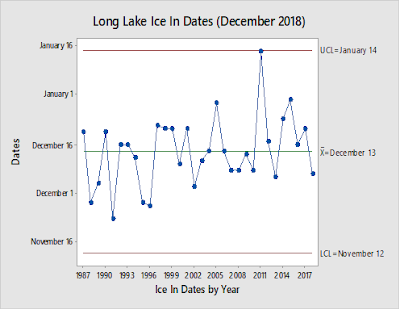