Fishing is great from the ice houses at the South Access!

The Long Lake Area Association Board of Directors wishes you happy times and lots of enjoyment in 2014!


Please spend 30 seconds giving us your feedback on the e-mails, by going to this secure link:
Click here to go to the survey
Posted by Long Lake Area Association at 12/29/2013 06:50:00 PM No comments: Links to this post

Check Out Our Ice Data Tab

Sharon Natzel, Lou Schultz and Lou's friend, Vern, have again collaborated to produce a revised "Ice In" graph.  You can find the graph and also read an explanation of how the team gathered the data on our Ice Data page.   The "official" ice in date is December 6th this year.

Please be careful going out on the ice, as conditions change.  This just means there is ice all over the lake.  It has nothing to do with depth of the ice on the lake. 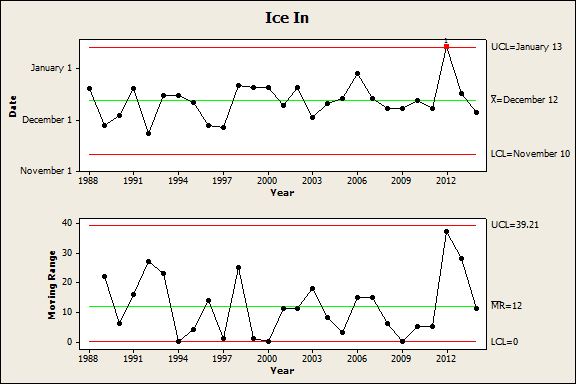 Statement from Vern Campbell:  "Here is the revised chart.  As indicated, the 2011/12 date does appear to be a “special cause” or a rare occurrence.  I’m sure Lou explained, but 99.73% of all occurrences would be expected between the Upper and Lower control limits (UCL/LCL).  There is still a small chance though (0.27%) that any points outside these “limits” could be random and not necessarily abnormal or special.  So there is a small probability (0.135%) of there being a point outside the January 13th Upper Limit.  We would expect this to be a rare occurrence though if the system (Mother Nature) is stable."
Posted by Long Lake Area Association at 12/15/2013 10:56:00 AM No comments: Links to this post 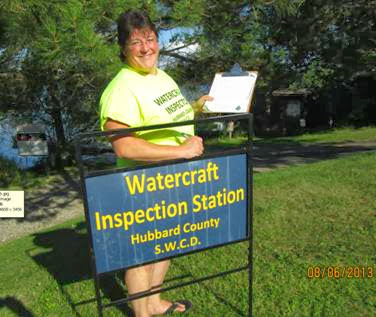 
There is still time to contribute to the 2014 program and deduct from your 2013 taxes.
Please send your contributions to:
LLAA Foundation
P.O. Box 808
Park Rapids, MN 56470